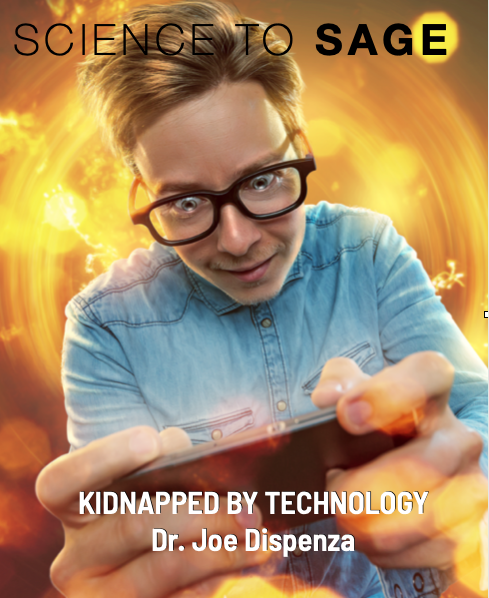 Many of us who are raising children have likely grown accustomed to the trance-like indifference and absent state of mind that our youth can masterfully turn on in a matter of seconds (it looks like an extended lapse in consciousness). We have probably all talked ourselves into thinking these “short trips” are normal. But have you ever wondered why it takes an ever-increasing volume and inflection to garner attention or elicit a response from our best genetic contributions to humanity?

It causes me to often wonder…

“Did I look like that when I was young, or is this mental glazing-over the product of our times?” Many parents of teenagers have seen these amazing trance-like brain states, causing us to ponder if these kids are experiencing transcendental enlightenment or if anyone is actually home.

Experts tell us that as we reach our teenage years and the struggle for our own identities begins, the major factor causing the young changing, growing, and evolving brain to make a quantum developmental leap is primarily under the reins of a genetic program. In the adolescent timeline, between raging hormones and the normal progression of brain development, most of the body’s energy and blood flow is shunted to the emotional centers located in the hindbrain and away from the forebrain. This means they’re prone to react more and think reasonably less (not that we don’t experience any of this in our adult lives as well).

Within the neocortex is the frontal lobe, essentially the brain’s executive, which controls attention, decision-making, emotional reactions, impulsive behavior, and purposeful planning; it is the home of our conscience as well as our identity. But for parents of teenagers, here’s the interesting news: we’re told that the frontal lobe, which helps us make sense out of life, doesn’t fully finish maturing until we are 25 years old. Think about that. We can drive a car at 16 years old, vote at 18 years old, and drink alcohol at 21 years old, meanwhile the brain’s most important center does not finish forming until we are in our mid-twenties. So don’t take it personally when your teenage daughter tunes you out while you’re intentionally speaking to her, or your adolescent son impulsively reacts without forethought. It can be seen as evolution’s gift that parents are baptized with such a steep karmic debt—essentially reaping what they sowed by the same past actions during their own teenage years.

However, it is not solely the genes that cast the dice of our destinies. We are, in fact, very capable of learning from different environmental stimuli, and it is through these interactions that we become such amazing creatures of personal development and change. The waltz between nature and nurture gives us a broad playing field. But is it possible that the present cultural and environmental conditions are impacting the very function of the human brain?

This type of computer game stimulation is not so bad for a short run, but it can cause problems in the long-term. As the brain’s reward center is repeatedly activated, and the high amounts of these strong chemicals are released during gaming, the pleasure zones become overstimulated. As a result of such an abnormal release of dopamine, the reward system becomes desensitized and the receptor sites close down. Nature’s wisdom then takes over and the receptors adjust to a higher level. The cells will need more of a chemical rush to produce the same feelings the next time they play. A side-effect of this conditioning is an addiction, and when it is tied to attention and learning, serious effects manifest.

As the brain’s physiology responds to a mind exposed to these atypical virtual activities (no child blows up people or things in real life), the brain is fooled into thinking it’s almost real. Additionally, the continuous release of chemicals on the nerve cells’ receptor sites (the cells’ docking points for chemical information) finally causes the receptors to become less responsive to the same level of the chemical rush. As the receptors shut down from such a high release of dopamine, each receptor will then recalibrate to a higher level. Therefore, the next time a youth engages in a gaming session, it’s a guarantee they will need more of a thrill to excite their brain, and thus turn it on to the same past levels. It’s like living with a spouse who always yells at you—eventually they need to yell a little louder to get your attention because over time that intense stimulation is considered normal.

Receptor sites are the same way. If you keep over-activating them, they become numb and require more and more substantial hits. The side-effect: the brain needs unrealistic highs to feel happy and satiated. In the absence of such high-level stimulation, the mind turns off, and so too do your offspring.

So when your kid’s computer activity ends, count on your child looking like a zombie…

…because you’re probably not all that interesting compared to what he or she has just been experiencing. In truth, everything in life will seem boring. Simple things like watching a sunset, playing with the dog, or even visiting with a grandparent will seem like trivial nonsense. Why? Because nothing in the normal, mundane world can match the ecstasy of the virtual world and the corresponding super high it produces. And without proper restraint, future choices may be married to things that produce more heightened stimulation: drugs, pornography, gambling, excess shopping, over-eating…all because the brain’s satiation center may never be fulfilled. They become conditioned into believing that they need “something” outside of them to change how they feel inside. In time, when the child feels some disturbing emotion from the trials of life, it is highly possible that they will look for the very thing (technology) that makes them feel better. Sounds like an addiction to me.

The Gamer in the Classroom

Let’s take this scenario one step further. What about when a child—between Gameboy mania and constant texting—goes to school to develop his/her mind? Shouldn’t learning be a reward in itself? Attention spans inevitably will shorten for the gamer who sits in the classroom trying to pay attention to a topic that doesn’t turn his brain on or make his body feel alive. As the young brain goes through withdrawal in the classroom, the perfect stimulation might be to cause trouble by acting out.

Getting in trouble causes high adrenal activity and, unconsciously, the child is making the brain turn on again to provoke similar chemical releases as gaming provides. Fidgeting, falling asleep, interruptions, emotional outbursts, provocative and disrespectful comments are all side-effects of attention problems.

It isn’t too difficult to reason the etiology in a child with no genetic history of ADD and ADHD, head injury, or exposure to toxicity.

So how do we make necessary changes in the best interest of the young developing mind?

It is the parent’s job to think this complexity through to its end. If we propagate the use of technology without an emphasis on developing personal values, providing an environment for skillful learning, practicing reverence for all cultures and beliefs, performing daily rituals, participating in family and social activities, exposing our kids to nature, motivating them to exercise, debating philosophy, or providing an environment for interpersonal evolution, we can surely predict how well—or how poorly—future generations will thrive on a planet with so much opportunity.

Perhaps we are on the verge of a great evolutionary jump.

Another way to say it is we are going through an initiation, after all, isn’t an initiation a rite of passage from one phase to another? Perhaps the earth is assisting us in lifting the veil, initiating us to a quickening in energy, and enabling us to see our true nature. Maybe when we see, remember, and awaken to who we truly are, human beings can finally move as a collective consciousness from a state of surviving to a state of thriving. 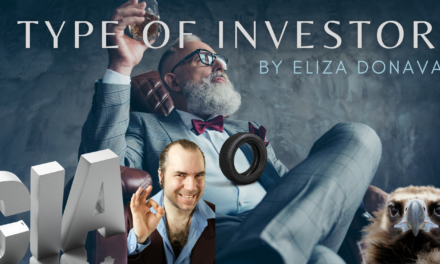 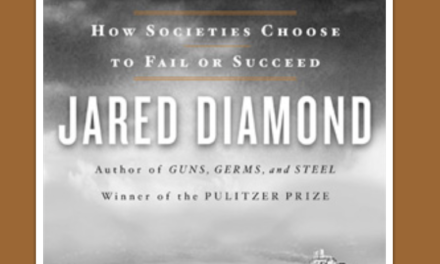 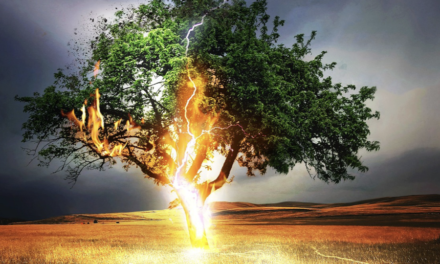 Elec-Treecity — The Next Bigly Thing ! 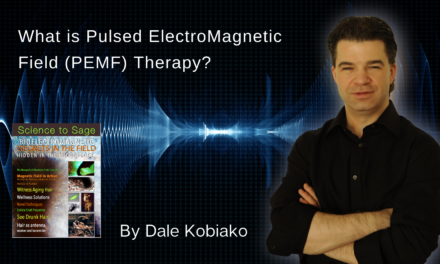